Recall that Correspondence Analysis suffers from two major problems: The arch effect (caused by the unimodal species response curves) and compression of the ends of the gradient. Because of the first problem, the second CA axis is an artifact and cannot easily be interpreted. Because of the second problem, the spacing of samples (and species) along the first axis is not necessarily related to the amount of change (or beta diversity) along the primary gradient. Fortunately, since the arch effect is not convoluted like the horseshoe effect of PCA, the samples are ordered in their correct relative locations. 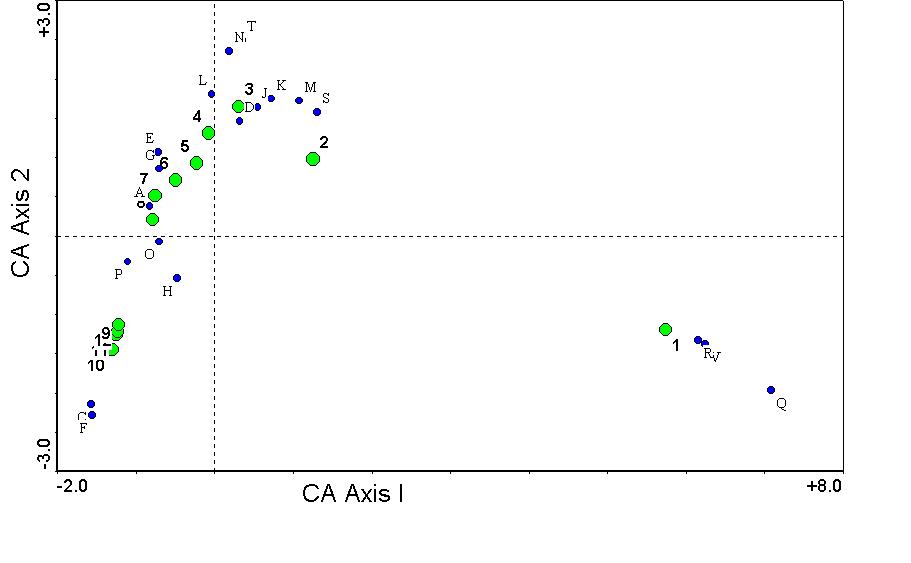 The above graph shoes species scores (blue dots) and sample scores (green dots) for the data set described in Correspondence Analysis , Principal Components Analysis, and elsewhere. The arch effect is pronounced, and it is difficult to tell whether there is indeed a compression on the left hand end of the gradient (or whether this clumping represents reality).

Detrending is the process of removing the arch effect. DCA does this by dividing the first axis into segments, and then by centering the second axis on zero (This process is much better described in Gauch 1982, Pielou 1984, Digby and Kempton 1987, and Kent and Coker 1992). For our Boomer Lake Example, the detrending algorithm goes something like this: 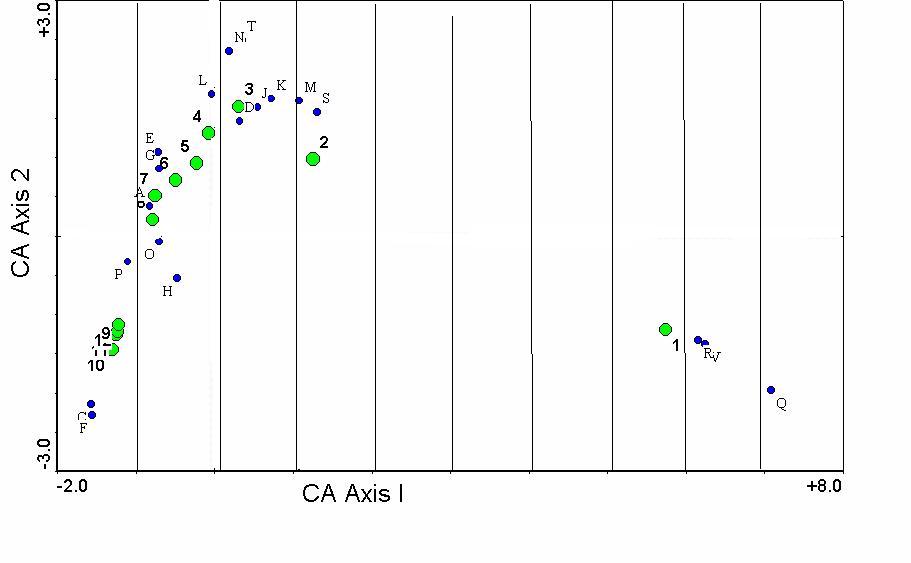 Above, the first CA axis is divided into segments. 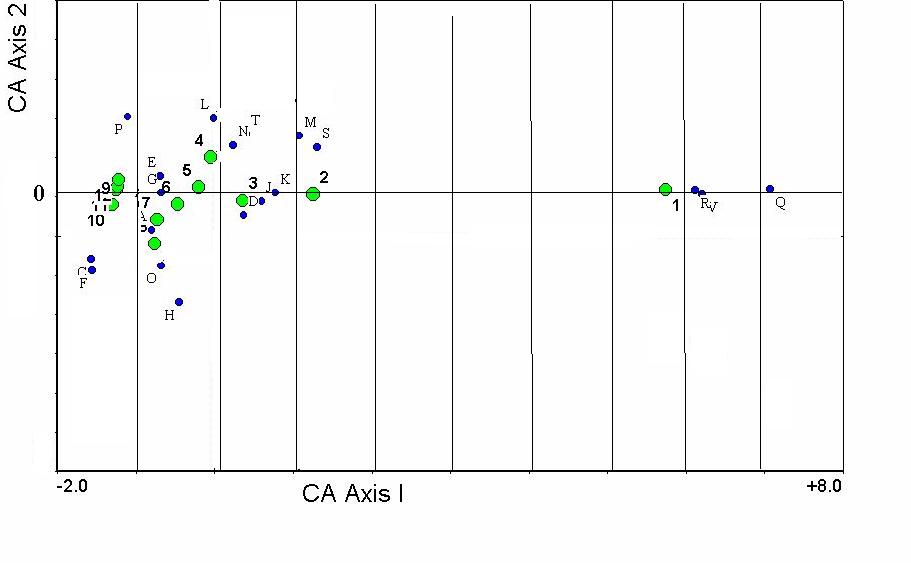 Above, each segment is centered around zero. The above process is one of the major criticisms of DCA (see Wartenberg et al. 1987 for this and other criticisms): it is rather inelegant, and a lot depends on the number of segments used. The process has been likened to using a sledgehammer on your data. However, in an expert hand, even a sledgehammer can be used quite effectively. DCA repeats the above process several times, each time shifting the border between segments, so the result will not be too dependent on the location of the line between segments.

Although detrending is only described for the second axis above, a similar process occurs for third and higher axes.

Rescaling is the process of shifting the positions of samples along ordination axes to make the beta diversity constant. Rescaling is necessary so that a given distance in ordination space means the same thing in different parts of the ordination diagram, or in different ordination diagrams. See Explorations in Coenospace for more information. In DCA, the units are expressed in Standard deviations of species turnover. In other words, the average width (measured in "tolerances" or "standard deviations") of the species response curve is set equal to 1.

In general, higher eigenvalues are related to higher beta diversities, but there are numerous exceptions to this pattern.