It is often difficult to think of data, graphs, and analyses to have anything to do with physical space. But it turns out that there are a number of things that physics and multivariate models have in common.

The centroid is the center of mass of a physical object. We can obtain this by taking the average location of the object, along three dimensions (conventionally, length, height, and width). If the object varies in density, we would need to take this variation into account.

An object, when thrown with a spin, will rotate around its centroid.

In ordination, the "centroid" is the (weighted) average location of something (usually a species or a category of samples) in ordination space, i.e. along all ordination axes simultaneously. 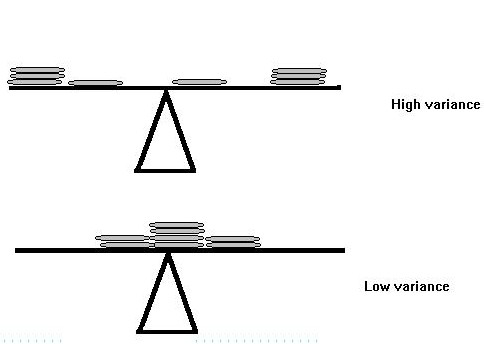 In statistics, variance is a measure of how far away objects are from their centroid.
The same holds true for the more than one dimension (e.g. more than one variable): 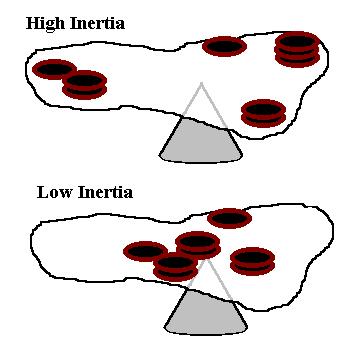 So the amount of inertia in a data set is a multivariate measure of the amount of variation in a data set. Note that there is no coordinate system shown above. The inertia is the same, no matter what direction the x axis is, and the y axis is (as long is x is perpendicular to y!).